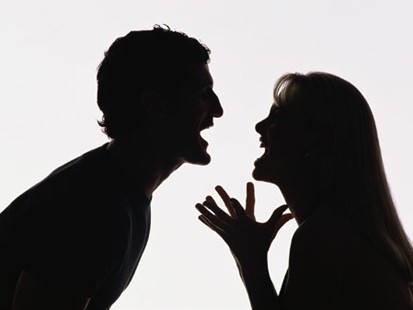 on the brink of divorce. For seven years, they had devoted themselves tirelessly to their son with autism. They were worn out; all the joy had left their lives despite their son having made dramatic progress. Their boy was included in a regular class with supports; something they never dreamed of.

Their marriage was another story. He thought she no longer cared about their marriage. She thought he never noticed and appreciated what she was doing for their children. They both agreed that their only interaction was about their disagreements. They decided to take a step back from ending their marriage and came back to my office where four years ago they had recovered from their initial devastating response to their son’s diagnosis on the autism spectrum.

With some guidance and a neutral mediator, they began talking to each other more kindly. It made a difference. They began sharing responsibilities, and they were less volatile with each other. Nonetheless, Harry couldn’t understand why Marianne was not returning his affection. Despite his efforts to repair the marriage, she just wasn’t feeling it.

About a month ago, Marianne’s aunt went into hospice care, so she took a three-day weekend to go from Philadelphia to Chicago to be there and say goodbye. Harry stepped up and took their boy to his weekly speech therapy expecting to return to his office after the session. Unfortunately, there was an emergency in the clinic which took time to resolve, and therefore Harry had to miss an important meeting at work. Filling in for his wife, full-time for three days seemed to lead to an epiphany.

When Marianne returned and they sat with me the next week for their couples’ session, Harry spoke openly and honestly about how frustrated he had been taking care of everything by himself. He had gotten a glimpse of what his wife handles day in and day out in addition to her demanding job. He praised everything she had been doing for years including tolerating his irritability.

Marianne breathed a sigh of relief. She wiped a tear from her eye, and then put her hand in his. “I just wanted to be appreciated,” she told him, “maybe now we can be closer again. I sure hope so.” There was more work to be done in repairing their relationship, but they had turned the corner and began looking forward to the first time in years.

TEDx: How Autism Teaches Us About Being Human